Starting Wednesday, the new Kraken App will allow many users across the U.S. to securely buy and sell more than 50 crypto tokens from their mobile phones.

In terms of trading volume, Kraken is the world’s fourth-largest digital currency exchange.

In a crowded field of cryptocurrency apps, Kraken claims to offer “the lowest fees in the industry.” It points to its speedy verification and onboarding times as a key benefit. The fastest onboarding and purchase test is under a minute, depending on the user’s bank.

Outside the U.S., Kraken is popular because of its margin and futures trading offerings, which are not yet available to U.S. consumers. Launched in 2013, Kraken says it has 7 million clients. It said its May trading volume grew more than sixfold from January.

“The last five months have been pretty unreal at Kraken,” said Welch. “We’ve seen a surge in new clients and in all-time highs.”

The app does not yet allow credit and debit card payments, but the company says it plans to enhance its offerings in coming weeks and months.

The company said it doesn’t offer service to residents of New York and Washington state due to the “cost of maintaining regulatory compliance.”

The move into the U.S. market comes at a time of regulatory uncertainty and in the midst of a particularly volatile cycle. While bitcoin has quadrupled in value in the past year, the price has dropped more than 40% from its high in April.

Officials ranging from U.S. Treasury Secretary Janet Yellen to European Central Bank President Christine Lagarde have raised concerns over the nefarious use of cryptocurrencies like bitcoin.

Kraken CEO Jesse Powell previously told CNBC he thinks there could be a wider crackdown in crypto trading. Powell said the U.S. is more “shortsighted” than other nations and “susceptible” to the pressures of incumbent legacy businesses like banks, which “stand to lose from crypto becoming a big deal.”

Whereas crypto holdings on Coinbase are FDIC insured up to $250,000 per U.S. customer, Kraken has taken a different approach.

In a note to customers on its website, Kraken said that while the company takes “great care to protect the assets” of clients from loss, exchanges do not qualify for deposit insurance programs, nor should they function as cryptocurrency wallets.

Kraken is registered as a money services business with the U.S. Treasury Department’s FinCEN and says it complies “with legal and regulatory requirements in all jurisdictions” where it operates.

Before the May sell-off in the crypto market, Powell said the company was considering going public in 2022 via a direct listing, similar to the route taken by Coinbase. 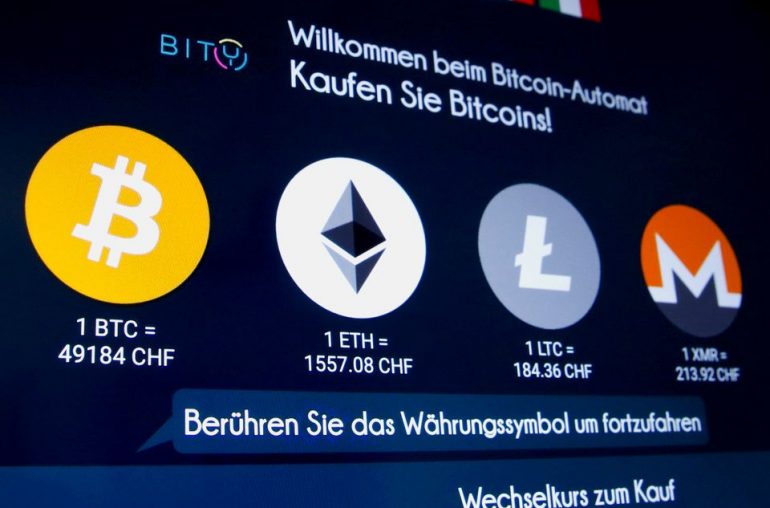