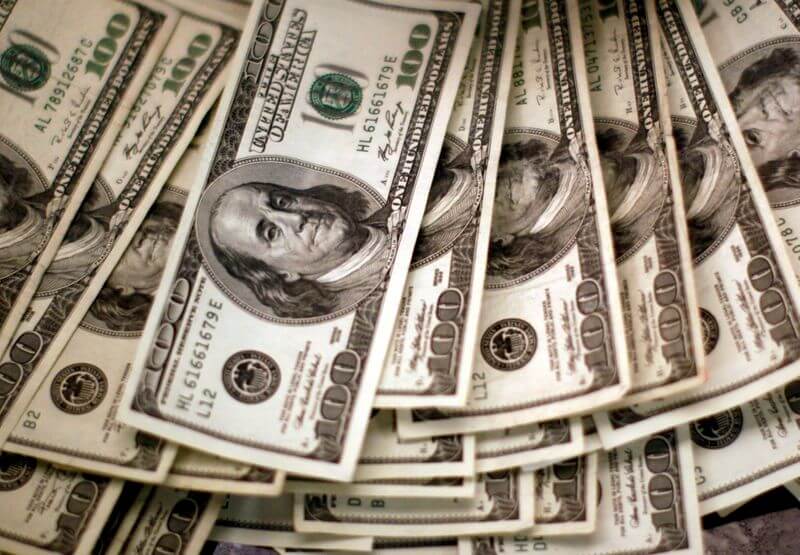 © Reuters. FILE PHOTO: U.S. dollars are counted by a banker at a bank in Westminster, Colorado November 3, 2009. REUTERS/Rick Wilking/File Photo

NEW YORK (Reuters) – The dollar edged higher on Tuesday against a basket of peer currencies following the U.S. Independence Day long weekend as traders positioned themselves ahead of the release of the minutes from the U.S. Federal Reserve’s pivotal June meeting.

Market participants will be looking for clues as to when the Fed will begin to dial down its pandemic-induced bond-buying spree as the economic recovery heats up, when the minutes of the June meeting are published on Wednesday.

“Investors are bracing themselves for possibly more of a hawkish spin from these minutes and that should provide some upside here for the dollar,” said Edward Moya, a senior market analyst at OANDA.

The move higher comes after a mixed U.S. jobs report at the end of last week sent the greenback tumbling from a three-month high.

Data on Tuesday showed that U.S. services industry activity grew at a moderate pace in June, likely restrained by labor and raw material shortages, resulting in unfinished work continuing to pile up.

Elsewhere, the euro dived towards a three-month low against the dollar as disappointing data tarnished some of the currency’s allure.

Investor sentiment in Germany, the euro zone’s biggest economy, remains at a high level but fell sharply in July, the ZEW economic research institute reported, while data showed orders for German-made goods posted their sharpest slump in May since the first lockdown in 2020.

European Central Bank policymakers are in the middle of debating a new strategy, with many now backing the notion of letting inflation surpass 2% for a while after it lagged below that level for most of the past decade.

Sterling was down 0.29% against the dollar at $1.3807 after having hit a one-week high of $1.3888, with markets looking forward to England becoming the first major country to formally start living with the coronavirus by dropping COVID-related curbs in two weeks’ time. [GBP/]

The New Zealand dollar eased 0.34% to $0.7008, erasing gains made earlier in the day as traders wagered a rate hike could come as early as November following a strikingly strong survey of business conditions.

The Aussie slid 0.16% to $0.75125, having risen as much as 1.2% at one point, after the Reserve Bank of Australia pared bond purchases and tweaked its rates outlook to open the door just a sliver for the possibility of hikes before 2024.

That decision puts the RBA in a small but growing club of central banks stepping back from massive pandemic-era stimulus.