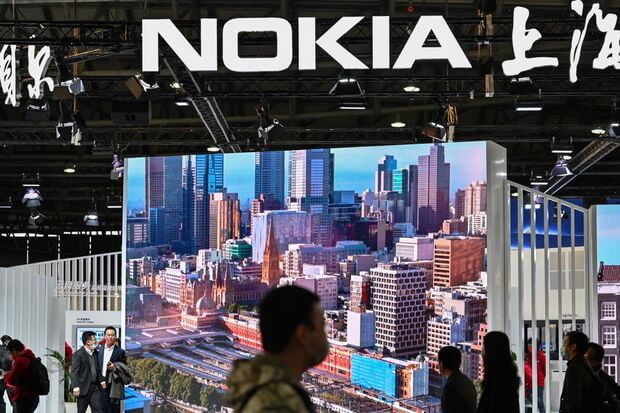 The pan-European Stoxx 600 hovered fractionally below the flatline, holding close to a record high set on Monday, as sectors and major bourses moved in opposite directions. Telecoms were among the biggest gainers, climbing 0.8% on the back of strong corporate results from Finnish telco Nokia.

European investors were looking stateside on Tuesday as second-quarter earnings season for banks kicked off, starting with JPMorgan and Goldman Sachs, both of which exceeded analyst expectations to set an optimistic tone for major lenders.

However, U.S. inflation data showed consumer prices accelerating at their fastest pace in nearly 13 years. The consumer price index increased 5.4% from a year ago to outstrip a 5% consensus estimate.

On Wall Street, the major indexes were also mixed, holding near record highs after the hotter-than-expected inflation report overshadowed a strong start to second-quarter earnings season.

Later in the week, Federal Reserve Chairman Jerome Powell is scheduled to appear in front of Congress Wednesday and Thursday to provide an update on monetary policy.

In Europe, concerns over the fast-spreading delta variant of Covid-19 weighed on sentiment. France, the Netherlands, Greece and Spain all announced new restrictions on Monday in a bid to curb rising infections.

By contrast, the U.K. government confirmed Monday that it would lift all remaining restrictions in England on July 19, despite the country’s infection rate remaining high.

Looking at individual stocks, Nokia shares climbed 6.7% by the afternoon after the Finnish telecoms and electronics company announced plans to raise its full-year guidance.

Carmaker Volkswagen released a strategy update on Tuesday in which it set out plans for half of all its vehicle sales to be electric by 2030. Shares were off by about half a percent.

At the bottom of the European blue chip index, German drug packager Gerresheimer fell 7.7% after its earnings report.