A ball of fire erupts from a building in Gaza City’s Rimal residential district on May 20, during Israeli bombardment on the Hamas-controlled enclaveBASHAR TALEB AFP/File

Israeli and Egyptian officials held talks in both countries Sunday aimed at bolstering the Cairo-brokered ceasefire that ended the latest deadly flare-up of violence between the Jewish state and Gaza’s Hamas rulers.

On the same day, Israel’s Foreign Minister Gabi Ashkenazi made the first official visit by an Israeli top diplomat to neighbouring Egypt in 13 years, for talks with his counterpart Sameh Shoukry.

Ashkenazi tweeted on his arrival that they would “discuss establishing a permanent ceasefire with Hamas, a mechanism for providing humanitarian aid and the reconstruction of Gaza with a pivotal role played by the international community”.

The Egyptian foreign ministry tweeted that the ministers’ talks were “part of Egypt’s relentless and continued efforts to revive the peace track and to build on the ceasefire in the Gaza Strip”.

Egypt played a pivotal role in negotiating the May 21 ceasefire between Israel and Hamas that brought an end to 11 days of deadly fighting.

Rockets and other fire from Gaza claimed 12 lives in Israel, including one child and an Arab-Israeli teenager, medics said.

Netanyahu reiterated Israel’s demand “for the prompt return” of Israelis being held in the Gaza Strip, according to the statement.

#photo2Since Israel’s 2014 invasion of the Gaza Strip, the Islamist group has held the bodies of Israeli soldiers Oron Shaul and Hadar Goldin, although Hamas has never confirmed their deaths.

Hamas is also believed to be holding two Israeli citizens who entered Gaza alone and whose families say they have mental health issues.

Israel is meanwhile holding more than 5,000 Palestinians in its jails.

Sisi has pledged $500 million to help reconstruction efforts in the densely populated Gaza enclave, which was pummelled by Israeli air strikes.

Hamas has pledged not to touch “a single cent” of international aid to rebuild Gaza.

Israel, which has enforced a land and maritime blockade on the enclave since 2007, accuses the group of diverting international aid to military ends.

The statement from Netanyahu’s office said he and Kamel also discussed “mechanisms and processes to prevent the strengthening of Hamas and its use of the resources that will be directed to the civilian population in the future”.

The latest violent flare-up was sparked by increased tensions in Jerusalem, including over Israeli security forces cracking down on Palestinians inside the Al-Aqsa mosque compound, Islam’s third holiest site, which is also revered by Jews as the Temple Mount.

#photo3A bitter divide between Hamas and Fatah has long plagued Palestinian politics, but analysts say the latest escalation has served to unite the geographically fragmented Palestinian community in a way not seen in years.

Sisi also tasked Kamel with working to help iron out political divisions between Hamas in Gaza and Fatah in the Israeli-occupied West Bank, the Egyptian officials said.

#photo4It said it would also look at the “underlying root causes of recurrent tensions and instability, including systematic discrimination” in the occupied Palestinian Territories and inside Israel.

UN rights chief Michelle Bachelet voiced particular concern about the “high level of civilian fatalities and injuries” from the bombing of Gaza and warned the Israeli strikes on the enclave “may constitute war crimes”. 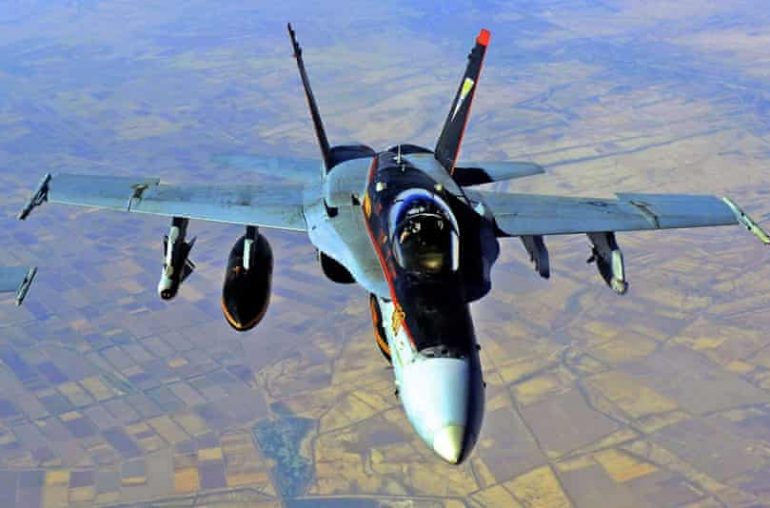 US military launches airstrikes against three facilities on Iraq-Syria border